The History of Adult Cabaret 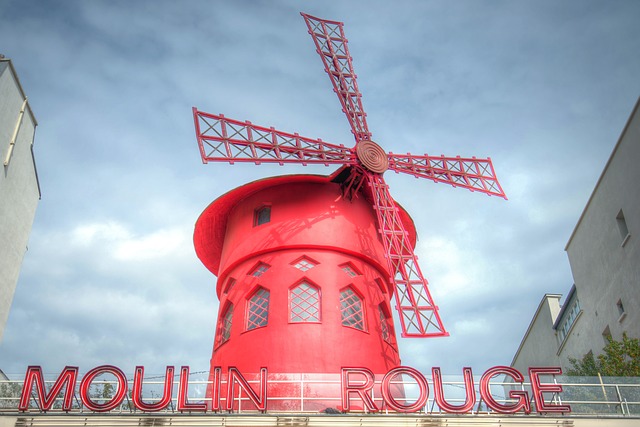 The US adult cabaret lounge appeared after 1910, borrowing elements from French cabaret lounges, and typically included striptease and burlesque shows. They were also heavily influenced by the jazz scene.

In any cabaret lounge performance, the audience normally sits at tables, dining and/or drinking. Acts are often introduced by a master of ceremonies and can include music, dance, and drama.

The US scene was particularly popular in the 20s, during the Prohibition era, with Chicago cabaret featuring in speakeasies and steakhouses. Eartha Kitt, Nina Simone, Bette Midler, and Julius Monk all found a voice in the cabaret scene and helped shape the US scene itself.

In the 60s, US adult cabaret faced off with rock concerts, comedy theaters, and television, but Las Vegas-style dinner shows endured, as did more contemporary formats and burlesque shows.

Although American burlesque bars and adult cabaret lounges could be said to have been born in the 70s, we need to dig much deeper to find their roots. As the names may suggest, we should look towards Europe.

The Origins of the Cabaret Lounge

The word “cabaret” was derived from the Middle Dutch word for “tavern,” which was cambret. First used in the 17th century, the word evolved to refer to a restaurant or nightclub by the early 20th century.

The French have been enjoying cabaret lounges, however, since the 16th century. At this time, they differed from taverns by selling wine only when accompanied with a meal.

There is a rich history of artists and writers entwined with the cabaret scene. La Fontaine, Moliere, and Jean Racine all frequented the Mouton Blanc cabaret. Other cabarets were also popular with poets, painters, and musicians, making them a breeding ground for creativity and revolutionary thinking.

Famous French cabarets include the Cafe des Aveugles, the Cafe des Ambassadeurs, and the Eldorado. The first adult cabaret to be more the way we think of them now, however, was Le Chat Noir. This opened in Montmartre in 1881.

Le Chat Noir was created by Rodolphe Salis and combined entertainment with political commentary and satire; not too dissimilar a format from nightly talk shows.

This venue and those like it attracted creatives, high-flyers, and those with a taste for the exotic. By the end of the 19th century, Le Chat Noir was just one of almost 60 cabarets and cafes.

Critical Reception of the Cabaret Lounge

If you’ve known adult cabaret lounges to receive a cold reception, even today, it may well be due to their tendency criticize authority through satire. They offered a mirror on current events that was not appreciated by all critics.

Paris theaters, threatened by music halls, worked to prevent music hall performers wearing costumes or wigs, and forbade them from dancing or reciting dialogue! This didn’t last. The public demanded high-quality entertainment and the law preventing music halls from entertaining them was repealed.

If it had not been repealed, we might never have had the Moulin Rouge.

No history of adult cabaret is complete without the Moulin Rouge, so called because of the red (imitation) windmill decorating the building. This cabaret gave us the French cancan and brought fame to the singers Edith Piaf and Mistinguett. Toulouse-Lautrec made posters for the venue.

After the Moulin Rouge, there was no stopping cabaret. With competition from movies, adult cabaret shows got more thrilling and enticing.

US singer and dancer Josephine Baker became a cabaret star in the 1920s, while the years following had cabarets presenting artists and entertainers including Edith Piaf, Laurel & Hardy, Marlene Dietrich, Noel Coward, Maurice Chevalier, and Shirley MacLaine. Later shows were played by Miles Davis, Judy Garland, and even the Grateful Dead.

Adult cabaret has evolved according to its environment, it’s time, and the needs of the public. The underground, fringe nature of the adult cabaret lounge continues to have great appeal for discerning, thinking gentlemen looking for something out of the ordinary.

Fringe Lounge is proud to be part of a great tradition of iconic, creative entertainment venues for adult audiences. Combining a supper club & gentlemen’s lounge with our separate craft cocktail NJ speakeasy Cosmo’s 22 Club, Whiskey and Virtue Room with band and DJ entertainment, and an incredible 9000 Sq. foot outdoor patio bar, this establishment offers you VIP treatment on many levels in one location.

Upscale Adult Entertainment, Burlesque & Adult Cabaret performances, DJ’s, exciting bands and revelry under the stars along with specialty cocktails and a delicious modern menu places this complex at the forefront of “Things to do in Morris County”. Located at 4 John Street, Morristown, NJ.

Want to join the team? Other Questions?